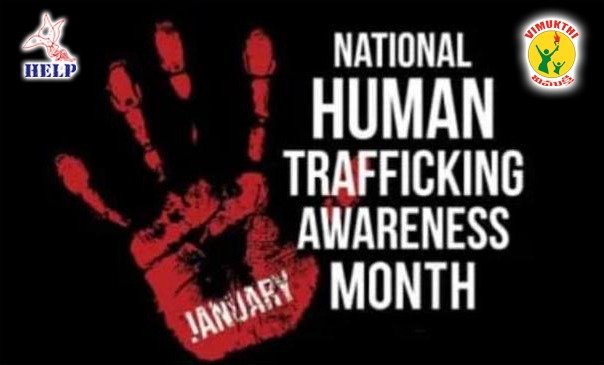 National Human Trafficking Awareness Day is created to end these slaveries and make sure that every individual has their rights and make the world a safer place for all people.

Human trafficking is a crime in which force, fraud or coercion is used to compel a person to perform labor, services or commercial sex. It affects all populations: adults, children, men, women, foreign nationals and all economic classes, according to the UNODC.  Anyone can be affected by these dangerous and extensive crimes – so it is important to raise awareness and spread knowledge in the fight against it.

While victims of human trafficking have their life stolen and sold and are mistaken for criminals, the crime of human trafficking is at the hands of those who are making money from these horrible actions.  Hence National Human Trafficking Awareness Day is created to end these slaveries and make sure that every individual has their rights and make the world a safer place for all people.

National Human Trafficking Awareness Day is celebrated on January 11 of every year. It’s a day to create awareness about sexual slavery and human trafficking worldwide. Now, nearly 20-30 million people were enslaved in the world, which is more than any time in human history. Slavery is recognized every day in the way of young women forced into prostitution; migrant workers are exploited in the workforce and children become soldiers.

History of National Human Trafficking Awareness Day:  The United States Senate created the National Human Trafficking Awareness Day in the year 2007. They organized the day to raise awareness to stop human trafficking and sexual slavery. Initially, the day was started as a U.S initiative, and they began to highlight the topic, and they aimed to work towards the awareness to the people about the abolition of human trafficking and sexual slavery.

Regarded as a modern pattern of slavery, human trafficking is an illicit act that pertains to the use of fraud, force, or coercion to procure sex or labour. Traffickers bait victims by carving false commitments. Sexual Exploitation is the most frequent form of human trafficking, and it accounts for nearly 79% of human trafficking victims. These victims are mostly women and girls. Virtually 2 million children are estimated to be the victims of sexual slavery. According to the reports of UNICEF, almost 20% of the victims are children, and 13 is the average age of a girl being forced into Sexual Slavery. The average cost of a slave around the world is 90 Dollars.

Celebrate this month by teaching your children how to behave to strangers and to memorize important phone numbers and addresses. To raise awareness of human trafficking, we invite the public to take photos of themselves, friends, family, and colleagues and share them on social media – Facebook, Twitter, and Instagram – along with our #Humantraffickingawarness  hashtag.

Human Trafficking takes away the voice of its victims and aims to speak for them Proverbs speak up for those who cannot speak for themselves. Their work is on track to reach over 25,000 people in 2021 through presentations, training, webinars, and community sensitization meeting.