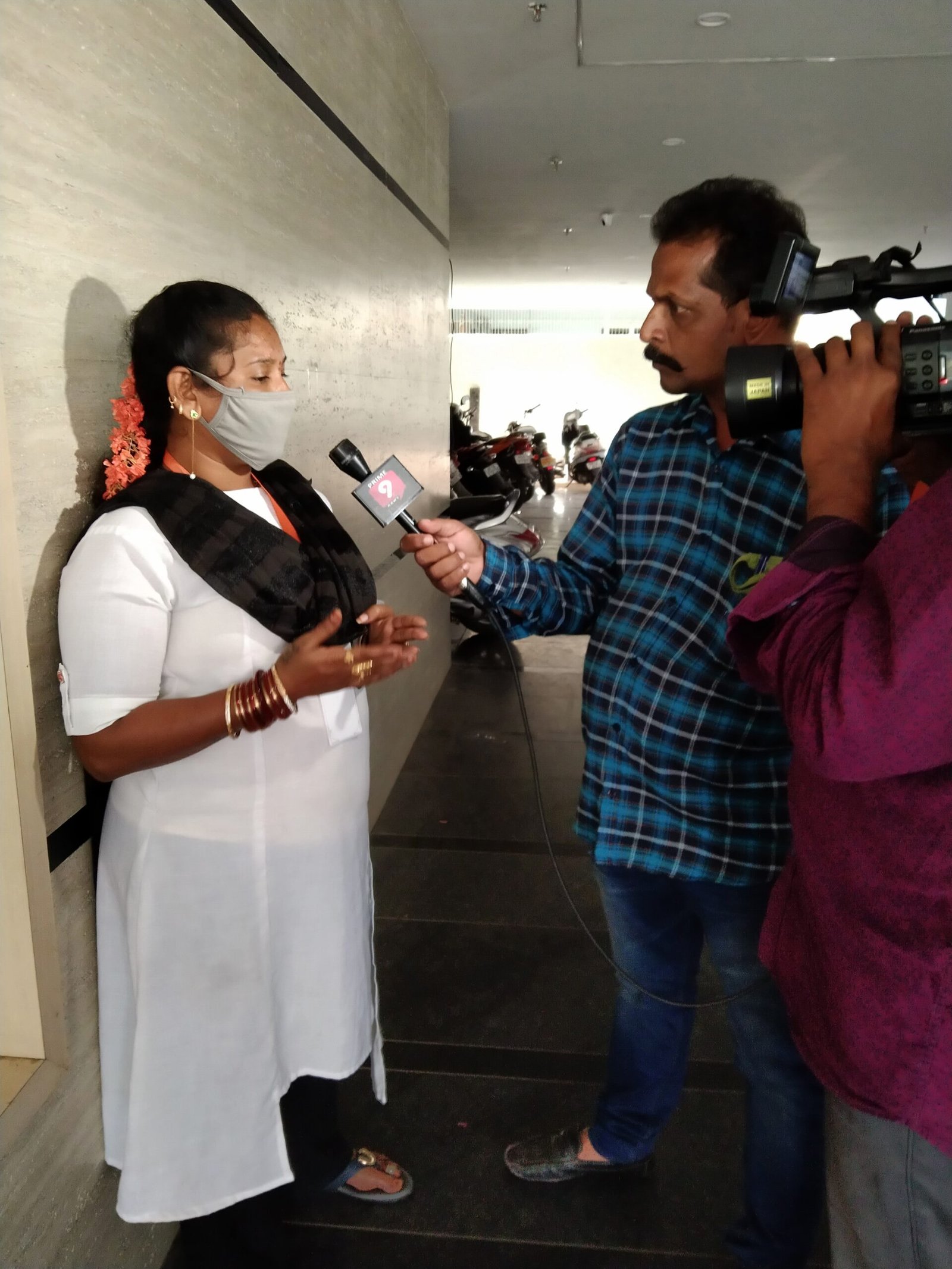 Impact on women in prostitution due to Lock-down in the wake of COVID – 19  first and second waves outbreaks:  The lockdown has hit millions of people working in the informal sector and all so called non-essential economic activity has come to a halt. The government has announced relief schemes for all categories of poor, but women in sex work remained outside their ambit. In India sex work is not illegal, but you are aware sex is prevalent and well spread in various forms. Though the Government has taken a stance to punish people who buy sex making, it is a criminal offence.

According to a AP State AIDS Control Society (APSACS) Reports, Andhra Pradesh had 1,21,000 Commercial Sex Workers (CSW), though organizations working in the sector estimate the true number to be much higher. The lockdown and risk of COVID-19 (first and second wave) has created extreme financial hardships for the CSW population. The clientele has disappeared overnight as most of the clients earn daily wages and now with millions of people becoming unemployed, it includes their clients too. The situation is not expected to improve for next 8-12 months.

The CSWs in Andhra Pradesh are facing challenges as follows:

The CSWs are left with no choice but to enter into a inter-generational debt trap for their lifetime otherwise they and their family may starve to death due to the lockdown situation.

In the current situation there is an urgent need to address the situation of women in sex work as they are very clandestine and highly mobile in nature which deprives them of social security.

Reinforcing the G.O.Ms.No. 1/2003 making it suitable for the current situation: To most of the women in prostitution (sex workers) belong to groups like BC, SC and ST, the relevant corporations should support them in providing loans/alternative livelihoods as per the G.O.Ms No 1 (prepared in erstwhile AP…Enclosed). The GO is exclusively issued in the best interest and welfare of women in prostitution and rescued survivors of trafficking. If it is reinforced, most of the women in prostitution suffering in the wake of COVID 19 will be benefited with needy support services including alternative livelihoods.

This is an ideal time for the Government to intervene, and tackle trafficking and forced prostitution. “They have all come to this profession through an absence of choice. The Government should think of an exit strategy that includes transitional housing, bank loans and alternate employment.”

Background of G.O.Ms.No: 1 issued by Government of Andhra Pradesh:  The Hon’ble Supreme Court of India in its judgment Dated. 09-07-1997 in WP (Civil) no: 824 of 1988 – Gaurav Jain – versus – Union of India directed the Govt of India to constitute a Committee to make an in-depth study of the problem of prostitution, Child Prostitution and children of prostitutes and to make suggestions for the welfare programmes to be implemented for the care, Protection, treatment and rehabilitation of the Young victims mainly children and girls rescued either from the brothel houses or from the vice of prostitution. Accordingly, the Government of India constituted a central Advisory Committee.

Based on the reference letter cited 2 (G.O.Ms.No. 26, WD, CW & DW Dept, Govt of Andhra Pradesh dated. 14-09-2001) the Government of Andhra Pradesh setup a state level Coordination Committee on “Prostitution, Child Prostitution and Children of Prostitutes” under the Chairmanship of Chief Secretary to Government to review the situation.  Further, this committee is assigned to work towards Implementing the coordination in enforcement of the Immoral Trafffic (Prevention) Act 1956, guide and oversee the efforts for the rescue and rehabilitation of prostitutes / child Prostitutes. This coordination committee shall meet at least once in three months.

After the judgment in this case, a Review Petition (Review Petition (C) No. 1841 of 1997 in Writ Petition (C) 824 of 1988) was filed by the Supreme Court Bar Association supported by Gaurav Jain, the original petitioner. The review petition was referred to a larger bench of three judges and judgment was delivered on 30 – 03 – 1998. The judgment in the review petition pertained to the following points – scope and nature of Articles 32, 142 and 145(1) of the Constitution of India; and the directions given in the earlier judgment regarding prostitution and its eradication. The second judgment set aside the directions given in the first judgment relating to prostitution and/or its amelioration or eradication; whilst permitting the Union or State Governments to formulate their own policies in this area or taking measures to implement them.

Based on the above cited Supreme Court Judgment the Government of Andhra Pradesh with reference cited 3 (GO.Ms.No.1, WD, CW & DW (Prog) Dept, Govt., of Andhra Pradesh, Dated. 03.01.2003) issued a policy on Combating Trafficking of women and children for Commercial Sexual Exploitation.  Through this policy which is meant for prevention of trafficking and commercial sexual exploitation, there are enough services have been framed for the benefit and in the best interest of the rescued victims for their rescue, rehabilitation especially for their economic empowerment as well as their housing and civic amenities, health care services and education and child care services for their children while facilitating legal aid. Simultaneously, a relief fund with some budget allocation also been created for rehabilitation of rescued women and children.

It is directed through this G.O.Ms.No. 1 to set up a state level coordination committee under the aegis of Chief Secretary and District level coordination committee under the aegis of District Collector for review and monitoring of the programme. These two committees will meet at their levels periodically for every 3 months to review the status and situations of trafficking in the state and district and the implementation of measures for rescue, rehabilitation, re-integration and main streaming of the victims of trafficking.

Status of G.O.Ms.No. 1:  The said GO is successfully implemented till 2013 but later after state bifurcation there is no concern over the implementation of this GO and over the state and district level committees constituted under the same to review and monitor its provisions. Moreover, after establishing administrative setup of all the departments by the new state making Amaravathi as its capital, the importance of said GO and its eminent provisions to curb the crime of trafficking and effective services for protection and welfare of victims of trafficking almost disappeared in practical grounds and it lost its overall prominence and its purpose. As a result, there is no person who has care and concern over the issues and challenges faced by the victims of Human Trafficking and sex trafficking.

During lockdown period enforced in the wake of COVID 19 pandemic outbreak, many a number of victims of human trafficking and sex trafficking suffering without a helping hand who could support them with social entitlements. Moreover, they are not in a position of reach out and access the benefits either by Govt. of A.P with ration and Rs. 1000/- cash support or by the GoI that supported Rs. 500/- as part of the support by the central Government.

As VIMUKTHI victims’ collective of human trafficking, we request the government for strict implementation of G.O.Ms.No 1/2003 with immediate effect so as to prevent us from re-trafficking and re-victimization.

We hope to receive your favorable response with your keen concern over the issue and request your support for necessary amendments to the above GOs ensuring participation of rescued victims so as to provide them a new life of dignity helps in their socio-economic empowerment.